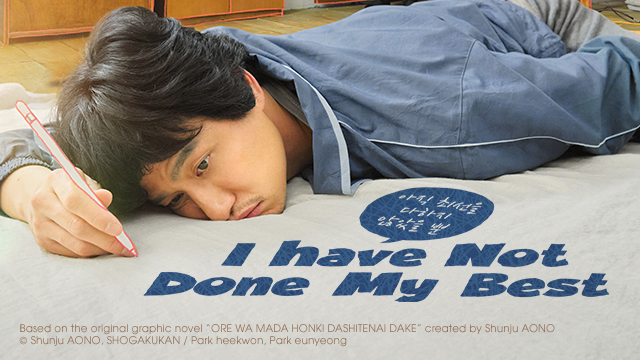 I have Not Done My Best

Nam Geum-pil is a man in his forties who quits his job in the name of wanting to become a comic artist. He is criticized by his father, Nam Dong-jin, and daughter, Nam Sang-ah, but quickly overcomes it. One day, Geum-pil finds out that a neighbour who looks unemployed is in fact a webtoon artist who earns billions. With the belief that he can turn 'daydreaming' into art, Geum-pil decides to become an artist.

Still cuts will be ready soon.